Thermal Fluctuations Spectroscopy (TFS) in combination with novel optical-based instrumentation was used to study mechanical properties of cell-cultured neurites with a spatial resolution limited only by the light diffraction. The analysis of thermal fluctuations together with a physical model of cellular elasticity allows us to determine relevant mechanical properties of neurite as axial tension, flexural rigidity, plasma membrane tension, membrane bending rigidity and cytoskeleton to membrane-coupling, whose values are consistent with previously reported values measured using invasive approaches. The value obtained for the membrane-coupling parameter was used to estimate the average number of coupling elements between the plasma membrane and the cytoskeleton that fell in the range of 30 elements per area of the laser spot used to record the fluctuations. Furthermore, to expand the TFS analysis, we investigate the correlation between F-actin linear density and the mechanical features of PC12 neurites. Using a hybrid instrument that combines TFS and a simple fluorescent technique, our results show that the fluctuations are related to the F-actin concentration. These measurements have an advantage of not requiring the application of an external force, allowing as to directly establish a correlation between changes in the mechanical parameters and cytoskeleton-protein concentrations. The sensibility of our method was also tested by the application of TFS technique to PC12 neurite under Paraformaldehyde and Latrunculin-A effect. These results show a dramatic modification in the fluctuations that are consistent with the reported effect of these drugs, confirming the high sensitivity of this technique. Finally, the thermal fluctuation approach was applied to DRG axons to show that its utility is not limited to studies of PC12 neurites, but it is suitable to measure the general characteristic of various neuron-like cells.

The Roles of Microtubules and Membrane Tension in Axonal Beading, Retraction, and Atrophy

The Roles of Microtubules and Membrane Tension in... 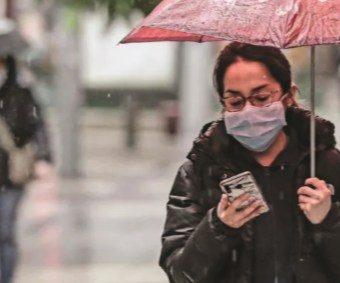 Developing research of excellence in Chile, contributing with a high technical expertise in soft matter related economical activities and promoting a sustainable knowledge based economy.